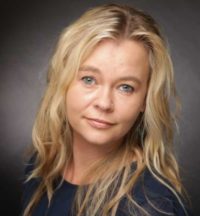 A German court has sentenced a former Syrian intelligence officer to four-and-a-half years in jail for complicity in crimes against humanity. Prosecutors argued that Eyad al-Gharib had helped arrest protestors in 2011 who were later tortured and murdered. The agency which Eyard al-Gharib and his accomplice worked for, played a crucial role in persecuting and suppressing the peaceful pro-democracy protests against the Assad regime in 2011.

Bianca Schmolze from the IRCT member MFH Bochum, has provided an in-depth reflection on the verdict and what this means for Syrian survivors of torture:

My name is Bianca Schmolze from the German member center MFH Bochum. In our organization, we offer psychosocial assistance to survivors of torture and other severe human rights violations but we also work politically to combat the systematic impunity and to promote the rights of survivors to truth, justice and integral reparation as we are convinced that “Justice heals”.

How are the German rehab centres involved in supporting Syrian victims to heal and get justice?

This first verdict by a German court against a former member of Assad’s security apparatus is an important milestone in the fight against impunity of systematic torture in Syria as this is the first ever global verdict on Syria on the base of universal jurisdiction. But Eyad A. was  only a low-ranking member of the security apparatus – the expected verdict against his codefendant Anwar R. will be of higher relevance as he had a leading role in the “Al Khatib” prison which is known for systematic torture.

Yet this first verdict is a big success for the lawyer Anwar al Buni and the ECCHR who laid the ground for this important trial together with torture survivors who were joint plaintiffs and who were supported by the IRCT member Zentrum Überleben in Berlin. MFH Bochum also supported one of the persons that gave testimony in the court in Koblenz. Furthermore, MFH Bochum is together with other therapy centers in North Rhine Westphalia in close contact with the police to enable mechanisms to enable testimonies for Syrians who wish to contribute directly to potential trials in Germany and abroad.

Does a case like this one have a broader impact on the lives of your Syrian clients – for example does it raise hopes that more perpetrators will face justice?

The fact that there are trials in Germany to deal with the systematic torture by the Assad Regime is an important signal for Syrian refugees and torture survivors: the torture they experienced is a crime and countries with universal jurisdiction can end the systematic impunity of torture as crime against humanity. Many of our clients hope for justice, but there are as well many daily problems they face by their status as refugees in Germany – the legal and social barriers they experience aggravate their psychosocial wellbeing.

As many torture survivors suffer from trauma since many years, trials against perpetrators can contribute to an acknowledgment of the injustice they were exposed to and to the search for truth. Thanks to the immense work of the ECCHR, the Syria Justice and Accountability Center and other human rights activists who participated in the court hearings and wrote detailed protocols about each court session, the information about this trial is accessible in German and Arab language. Otherwise, this trial wouldn’t be known widely. This is still a problem that urgently needs a solution: cases of universal jurisdiction need an outreach strategy by the courts! To cause a real impact, courts must make public all relevant information a trial can reveal. So survivors could see that justice can be done, the verdicts could trigger truth finding and last but not least perpetrators might become more aware that the crimes they intend to commit will be prosecuted worldwide and bring them behind bars later on.